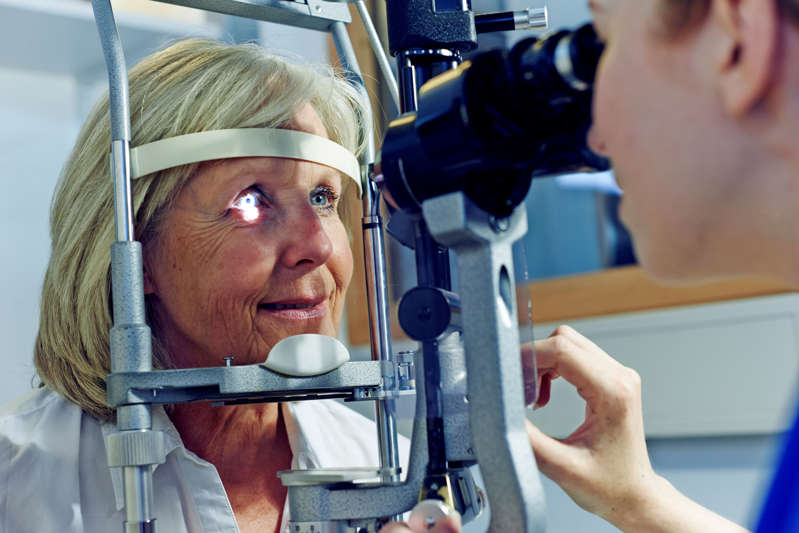 © Phil Fisk/Getty Images(Reuters Health) – Using an ultrasensitive scanning technique, researchers can detect signs of Alzheimer’s disease in the tiny blood vessels at the back of the eye, according to a new report.Duke University researchers found that these small retinal blood vessels were altered in patients with Alzheimer’s disease, but in not in those with mild cognitive impairment (MCI) or those with no signs of mental decline.

“The retina is an extension of the brain,” Grewal said. “And it’s thought that changes that occur in the brain are mirrored in the retina. With any neurodegenerative disease you lose nerve tissue. Along with a measurable loss of brain volume, there’s a loss of the vasculature that supplies the brain. And because the retina is part of the central nervous system, the same changes occur there.”

The new findings couldn’t have happened without a new scanning technology, called optical coherence tomography angiography (OCTA), that allows users to see in fine detail the structure of the back part of the eye. “With previous technology you were able to measure only the larger blood vessels in the back of the eye,” Grewal said. “Now we can look at blood vessels that are at the level of capillaries in the different layers of the retina. Therefore we are able to detect much smaller levels of change.”

“The differences were proportional to the severity of the cognitive impairment,” Grewal said. “So, the folks with more severe Alzheimer’s had more severe loss of retinal blood vessels.”

In the past, some small studies have suggested that there would be differences “in both neuronal and microvascular retinal measures between those with and those without Alzheimer’s disease,” said Alison Abraham, an associate professor of ophthalmology and director of the Wilmer Eye Institute Biostatistics Center at the Johns Hopkins School of Medicine. “The current study gives weight to these past findings and informs our targets for future research given the large number of possible retinal parameters one could study.”

“But future studies need to focus on earlier stages of the disease,” Isaacson said in an email. “We already have more definitive ways to diagnose dementia due to Alzheimer’s, but we need to see if OTCA can be a useful cost-effective screening test for pre-symptomatic Alzheimer’s.”

If scientists could find people who have brain changes, but no obvious symptoms yet, there could be an opportunity to intervene, Abraham said in an email. “But we are still a long way off,” she added.